Man United take on Arsenal at Old Trafford in Sunday’s big match. Both clubs come into the game after comfortable wins in Europe. Here’s how key men Rashford and Aubameyang fair so far this season in a Footi Head to Head.

Ole Gunnar Solskjaer heads into his 100th game this weekend as manager of Manchester United, fresh from a 5-0 mauling of last year’s Champions League semi-finalists RB Leipzig. Man of the moment Marcus Rashford will still be buzzing from his 16-minute hat trick and hoping to add a few more goals to his Premier League tally.

Arsenal come in off the back of a Europa League win against Irish side Dundalk in which they rested key players. After back-to-back Premier League defeats to Leicester and Man City, the Gunners will be looking to unleash Aubameyang’s pace to expose pockets of space behind United’s defence. 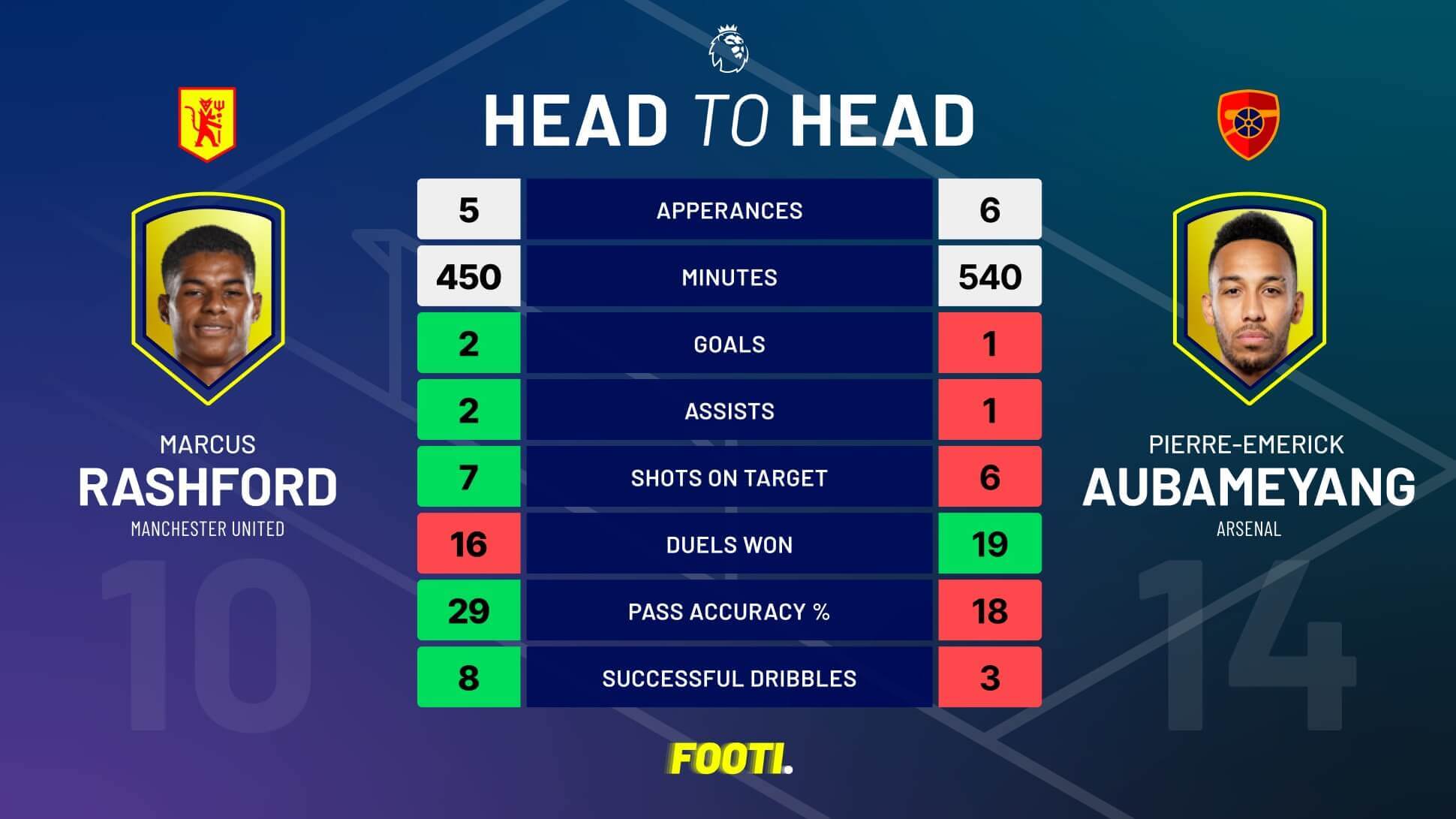 Man United should be carrying momentum into this game after their emphatic Champions League win and Footi predicts a 3-1 win for the hosts, with rashford bagging himself a goal!

Manchester United take on Arsenal on Sunday at 4:30pm and you can follow all the action live, here on Footi.