It’s safe to say Harry Maguire has had a time of it recently. Aside from the obvious difficulties we all face living through a pandemic, the Man United captain’s year continues to go from bad to worse.

It’s clear to see his head isn’t in the right place — most likely stemming from his involvement in a bust up whilst holidaying on the Greek island of Mykonos, resulting in a suspended jail sentence. He also played every minute of every game last season for his club, so you’d have to assume fatigue has a role to play too.

Maguire has also played every minute of United's season so far.

No more obvious was his lack of mental and physical sharpness than in his calamitous performance against Spurs were he was personally responsible for several goals in their 6-1 drubbing, but hey, what better way to get back on track than by turning out for your country?

Red card for a red devil

Well, unfortunately, Harry had another nightmare in last night's Nations League game for England against Denmark. He was sent off in the 31st minute, after receiving a second yellow card after he brought down Denmark’s Dolberg, whilst trying to recover from his own poor touch. Minutes later former Spurs man, Christian Eriksen tucked away the only goal of the game from the penalty spot. 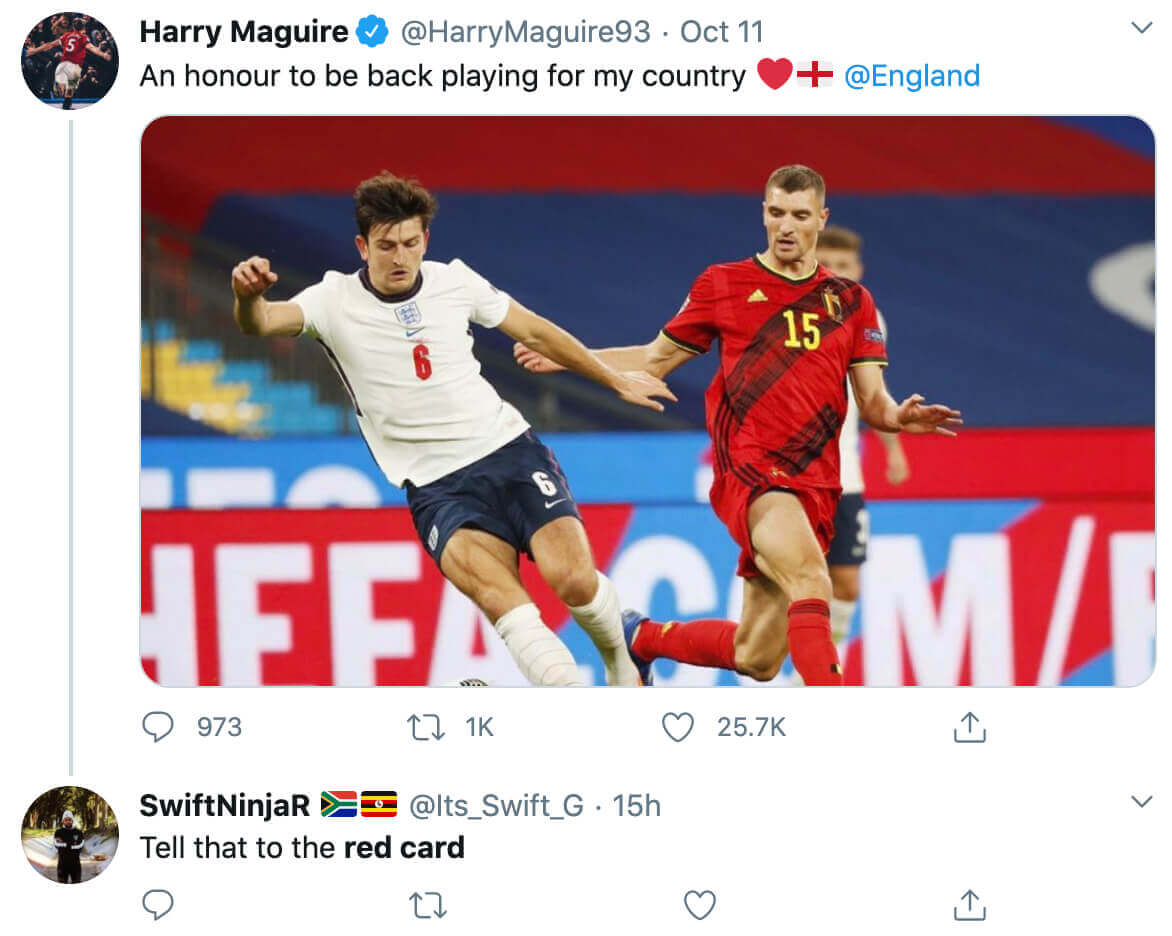 We predicted earlier in the week that Maguire will line-up for United on Saturday night away to Newcastle, but will Ole rest his captain after recent events? We'll find out on Saturday!